IFES Ukraine in cooperation with the joint IFES-Central Election Commission (CEC) Administrative Center for the Training of Elections Process Participants and with the financial support of USAID, Global Affairs Canada and the UK department for international affairs conducted a BRIDGE modular workshop on Gender and Elections.

The aim of the workshop was to provide participants with knowledge on the concept of stereotypes and myths in the field of gender, the influence of different types of electoral systems and quotas   on women’s representation and mechanisms to overcome barriers for women during the electoral process.

The workshop was held in Ukrainian language and was facilitated by BRIDGE workshop-level facilitators Evgeniy Krikopolo, Yevheniia Pavlovska, Serhii Serzhan and Anastasia Matvienko. Twenty-four participants from the CEC, CSOs of Ukraine and political parties attended the workshop (out of which three were male and twenty one female).

The workshop, which was customized for the Ukrainian experience and context, engaged participants on various topics, including but not limited to:

All sessions were highly interactive and enabled participants to discuss various issues related to gender aspects of electoral process through role play, simulations, discussions and group work. Participants had the opportunity to try themselves in the role of candidates, leaders of political parties, as well as representatives of media, NGOs and EMBs, which enabled participants to better understand the roles of different stakeholders in the process of promoting reforms to ensure equal representation of men and women in politics.

With the help of a number of simulations, participants were able to understand how even minor changes in the election system such as constituency magnitude, the formula and structure of the ballot can affect women’s representation.

Participants throughout the workshop actively engaged in all activities and responded positively to the training. After the workshop, there was a general consensus amongst participants regarding the need to change the public attitude towards gender quotas through comprehensive educational and informational efforts. 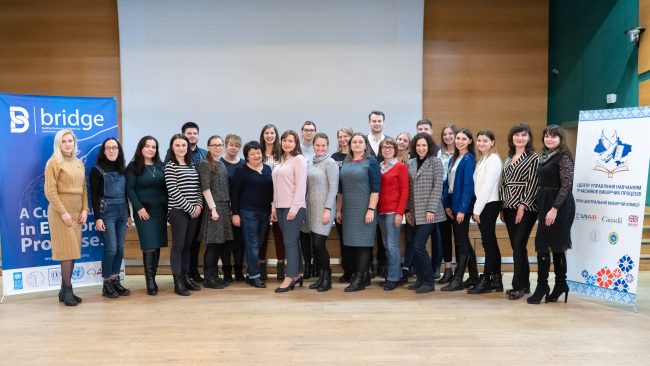