The workshop was led by BRIDGE accrediting level facilitators Natia Kashakashvili and Shalva Tskhakaia with the combined modality of the online & face-to-face training during 22-24 April, 2021 in Addis Ababa. The modality of the training was the combination of the online and face-to-face training: participants were physically gathered at one training venue and managed by UN Women Ethiopia Facilitator Cherer Aklilu, while BRIDGE facilitators, Shalva Tskhakaia and Natia Kashakashvili were conducting the training via the Zoom platform and using various online training tools in order to guarantee full interaction between the facilitators and the participants.

During the workshop, participants have gained knowledge about international standards of elections in relations to the Media and Elections, as well as Gender Equality. First day of the workshop focused on understanding the Media and Elections topics (such as: international standards of elections in relations to the media freedoms; role of the media during the Electoral Cycle), while the second day focused on defining gender equality, obstacles of women participation in politics and ways how to best promote gender equality through Electoral Cycle from the Media stakeholder perspective. The last, third day of the workshop has merged the knowledge received during the first two days and participants analyzed the media regulations (including global examples of codes of conducts of Media during the election coverage) in order to ensure election coverage from gender perspective.

Participants have shown immense interest in the topic and enjoyed using of the online training tools (mentimeter, google forms, google docs, and online flipcharts). It’s important to mention the UN Women Facilitator’s hard work in ensuring the friendly atmosphere, encouraging participants’ interaction and supporting BRIDGE facilitators with arraigning the use of (online and physical) training tools.

Participants have praised t the facilitators for sharing with them the global experience around the topic. They have been actively engaged in the activities. Overall, the modality of the BRIDGE workshop provided worthy level of interactivity and participants’ ability to develop new knowledge and skills, while the facilitators’ ability to interact with participants during the group-work stayed the main challenge.

At the end of the workshop, participants were granted certificates with the electronic signatures of the facilitators. 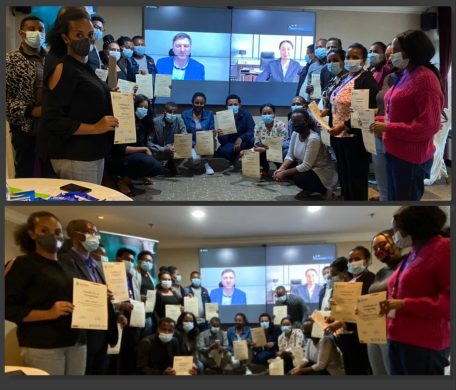 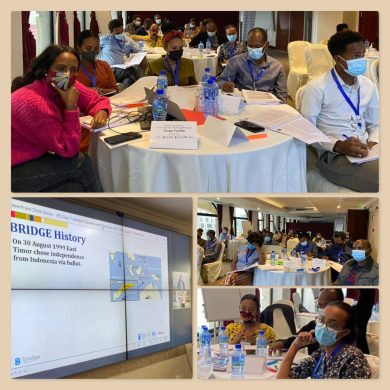 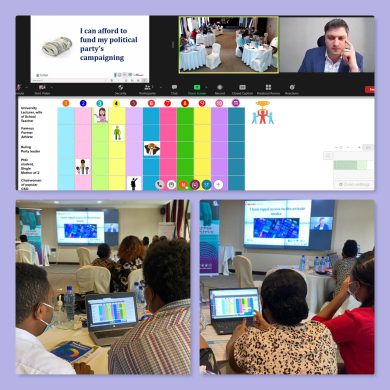 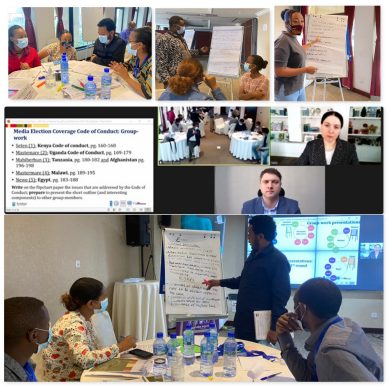 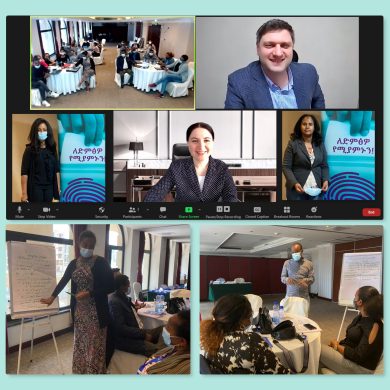 Voter Registration for Regional Officers in The Gambia