The Bangladesh Election Commission Secretariat (ECS), in partnership with UN Women and UNDP organized its third BRIDGE workshop on Gender and Elections under the framework “Support to the Bangladesh Parliamentary Elections 2018-2019 (SBPE)” on 16-17 November 2018 at the Bangladesh Development Society (BDS) in Barisal.

The workshop was inaugurated by Election Commissioner Brigadier General (Retd) Shahadat Hossain Chowdhury along with senior officials of the ECS. During his inaugural speech, he highlighted the presence of 104 million voters in the country of which half are women, and taking this into consideration, he urged women voters to exercise their voting right in the upcoming election to play a role in forming a government.

The workshop was attended by 31 participants including 7 women. 12 participants represented the ECS Regional and District Offices of Barisal, and 19 represented the media, CSOs promoting women’s rights, election observation organizations and universities. Throughout the workshop, participants expressed their interest and actively engaged in all the sessions, with particular enthusiasm on the session “Voter Outreach: Messages and Methods for gender inclusive elections”. They appreciated the workshop methodology and the professionalism of the facilitation team, and thanked the workshop management team for choosing to implement the workshop in Barisal, emphasizing that it opened a window of opportunity and sensitized them on gender equity in elections. 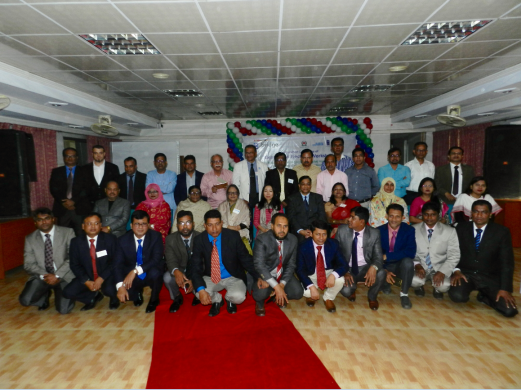 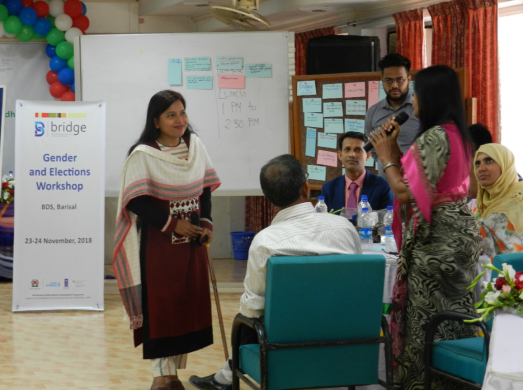 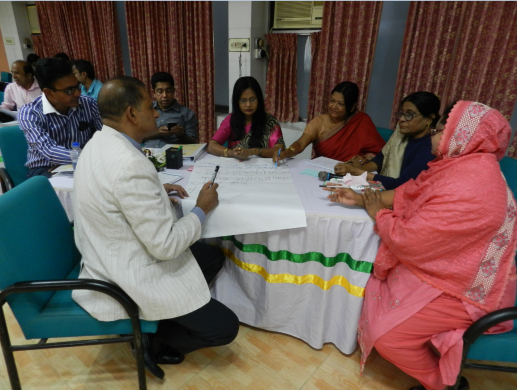