The Bangladesh Election Commission Secretariat (ECS), in partnership with UN Women and UNDP organized its second BRIDGE workshop on Gender and Elections under the framework of the project “Support to the Bangladesh Parliamentary Elections 2018-2019 (SBPE)” on 16-17 November 2018 at the Regional Public Administration Training Center (RPATC) in Chattogram. Mr. Helal Uddin Ahmed, Secretary of the ECS attended the workshop and presided the closing ceremony.

The workshop was attended by 30 participants including 8 women. 13 participants represented the ECS Regional and District Offices of Chattogram, and 17 represented the media, CSOs promoting women’s rights, election observation organizations and universities. The discussions focused on identifying barriers to women’s effective participation including those associated with families and communities, socio-economic limitations as well as security issues, while the participants proposed actions to strengthen women’s participation, including through measures to ensure their safety and security.

The Secretary led a session on “The Role of the Election Commission Secretariat in enhancing women’s participation in the electoral process”. He explained the specific measures put in place for the 11th parliamentary election, notably provisions to make polling stations’ facilities gender-sensitive and accessible to all women, with priority given to women living with disability, elderly women, pregnant and breastfeeding women. He also took note on the need to ensure security especially for female polling staff and party agents through the provision of adequate law enforcement agencies. Finally, he stated that this workshop was important to connect with stakeholders working on the ground to understand the issues and demands specific to localities. In his closing remarks, the Secretary encouraged all to continue making efforts towards achieving the full and effective participation of women in the electoral process. During an interview with the press at the end of the workshop, the Secretary requested all political parties to include 33% representation of women by 2020, in accordance with the requirements established by the RPO (The Representation of the People Order) amended in 2009.

The workshop, which was very interactive using a mixture of methodologies, was highly appreciated by all the participants. They took particular interest on in the “Gender and Women in Politics” session as well as the “Level Playing Field” simulation. 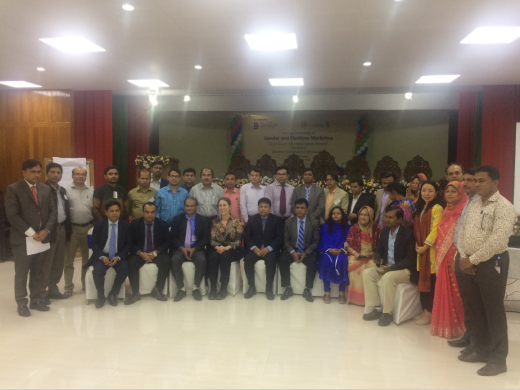 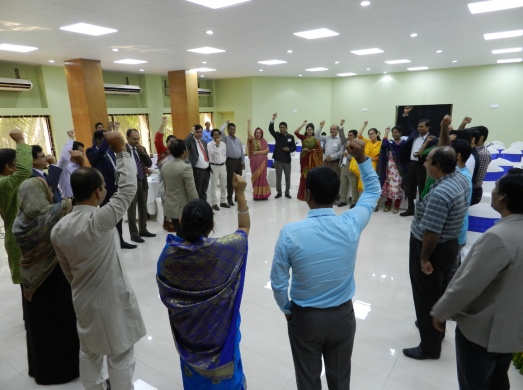 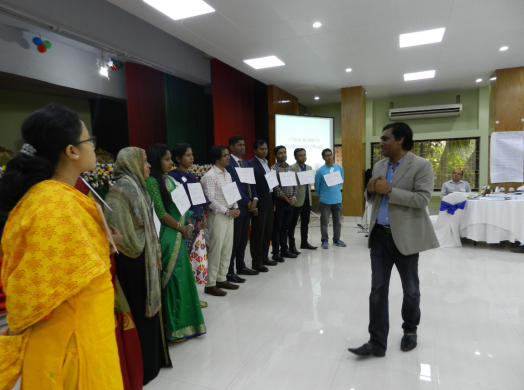