The Bangladesh Election Commission Secretariat (ECS), in partnership with UN Women and UNDP organized its fourth BRIDGE workshop on Gender and Elections under the framework “Support to the Bangladesh Parliamentary Elections 2018-2019 (SBPE)” on 4-5 December 2018 at the Nanking Darbar Hall in Rajshahi.

The workshop was inaugurated by Election Commissioner Begum Kabita Khanam along with senior officials of the ECS. During her inaugural speech, she highlighted the significant progress on women’s representation that had been achieved in Bangladesh in the recent decades, including through constitutional laws to promote gender equality and women’s political participation, and specifically through the application of quotas in favor of women. Furthermore, women have generally represented half of the voters’ list, turning out on Election Day as almost the same rate as men. At the same time, she recalled that the equal participation between women and men which is guaranteed by the Constitution has not yet been achieved, and that all stakeholders have an important role to play, stressing that the workshop was an opportunity to further strengthen capacity to promote gender equality in the electoral process.

The workshop was attended by 31 participants including 7 women. 12 participants represented the ECS Regional and District Offices of Rajshahi, and 20 represented the media, CSOs promoting women’s rights, election observation organizations and universities, considered key stakeholders of the electoral process. 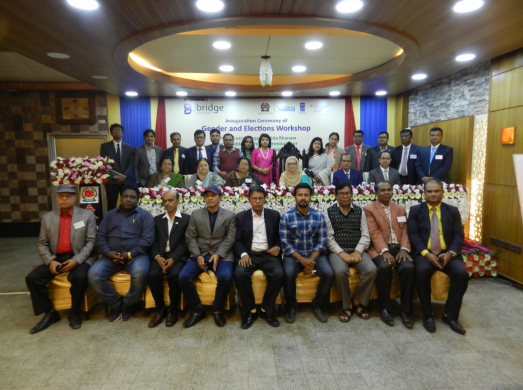 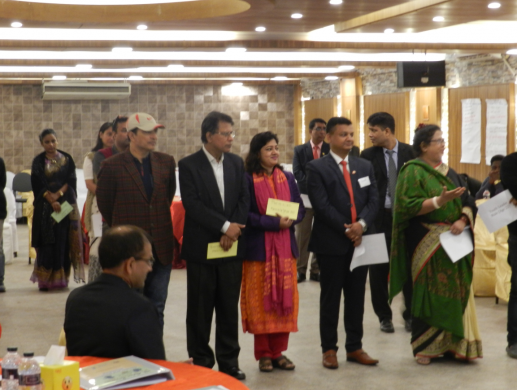 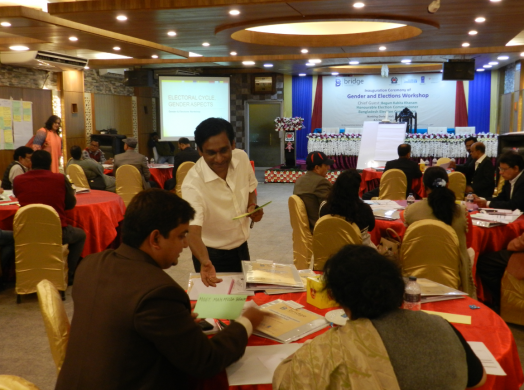